As the 18th century began, the Biddeford area was recovering from war. Fort Mary was built on Fort Hill at the end of Hills Beach in 1710. Rev. Short, the chaplain at Fort Mary, served as the town minister. It was not until 1713 that regular town meetings began again. Meetings were in homes and taverns until a new meeting house was completed in 1723 by Benjamin Haley, and at 35 feet x 30 feet, it was literally as small as a house. Rev. Samuel Willard organized the First Parish Church of Biddeford in 1726. The congregation served citizens from Biddeford to Dunstan Corner, and soon filled the little meetinghouse. That 1723 site is now the Medical Center at UNE.

In 1752, the town voted to build a larger building, but its location caused a rift which in 1762 ended with the splitting of the town into Biddeford on the west side of the Saco River, and Pepperellborough on the east. The current Meetinghouse was constructed in 1759, at the intersection of Pool Road and Meeting House Road, on the land of Mathew Patten. Citizens on the west side of the Saco River thought it reasonable; those on the East did not, concerned about ice and ferry boats in winter. Hence, two new Meetinghouses were built: one on each side of the river. The town minister was shared between communities for a while.

A committee comprised of Rishworth Jordan, Joseph Tarbox, Joseph Dyer, Benjamin Hooper and Jeremiah Hill oversaw the construction of the Meetinghouse on the Biddeford side, and local master builder Nathaniel Perkins was selected to raise it up.

What Nathaniel built was a perfect New England Meetinghouse with three galleries and a raised pulpit. It was 44 feet x 55 feet and consisted of five bays of braced frame. The corner posts are 10 x 11. One entrance was a vestibule on the long side with double doors, another was at the end in a stair hall for gallery access. The design also included an octagonal cupola with a spire and weathervane on top. The inside of the Meetinghouse was plastered, and the larger frame members were exposed, finished and painted with green paint. The interior is open despite the 44-foot span of the roof. One large truss similar to the side of a covered bridge runs down the center under the roof ridge, and ties to the truss bottom hold the thrust of the rafters. The center bay had double rafters under the cupola.

In 1840, the Meetinghouse was remodeled into a Greek revival-style chapel. The town had given up its ministerial properties in 1820, and the remodeling costs were defrayed by pledges from a rally of 400 Washingtonians, a temperance group. They spent a day at the Meetinghouse, listening to temperance sermons and eating under the shade of a local oak grove. Work done at the time included removal of the stair hall, cupola and vestibule, and installation of six huge windows. The height of the Meetinghouse was lowered as the bottom sills were replaced. The foundation stones were reset, and the chimney repointed. The pews and pulpit were rearranged lengthwise, and tin numbers put on the pews.

The First Parish Meetinghouse was the religious and political center of Biddeford throughout the Revolution. The citizens answered the call of the Committee of Correspondence there, after John Sullivan, the town’s first lawyer, argued strongly the cause of independence, and abstaining from the use of British goods. They set up a Committee of Safety, to obtain powder and flints for protection of the town. They assembled and marched off to relieve the Port of Boston from the Meetinghouse yard. On July 17, 1776 the Declaration of Independence was publicly read there, and it was written in the town book that citizens agreed to raise tons of beef for the Continental Army.

The Revolution brought changes in religion and a shift in population to the falls of the river. The Second Religious society of Biddeford was organized in 1797, and veterans favored Universalism across New England. Over time, the church congregation began to diminish, and fewer town meetings were held there as newer school buildings were larger and more convenient. In 1893, an attempt was made to revive religious services, however by the 20th century, meetings had dwindled to only one per year. It was listed on the National Register of Historic Places in 1972.

This beautiful historic building is still a vibrant part of our community. The building is now owned by the Biddeford Historical Society and hosts events and educational lectures. The Meetinghouse is also available to rent for weddings or other private events. 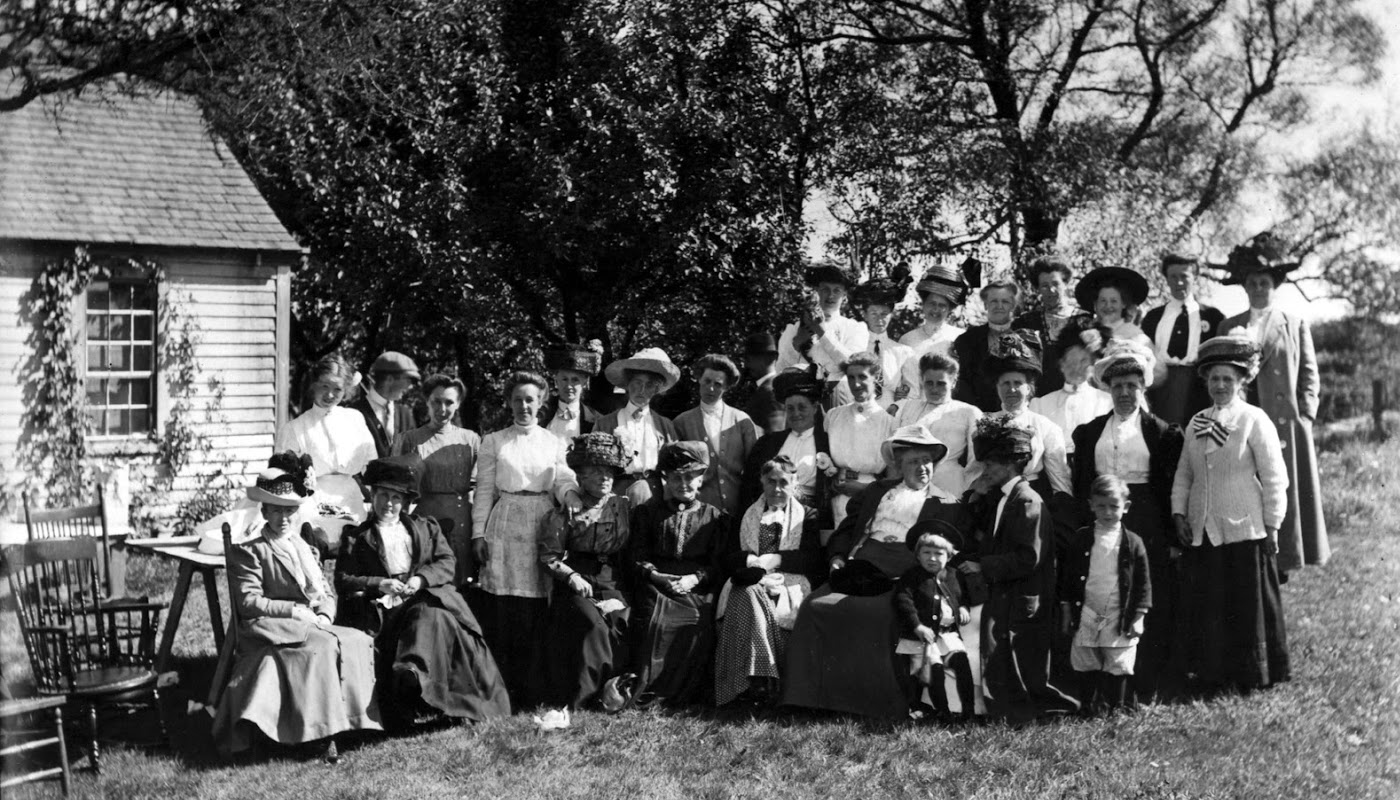